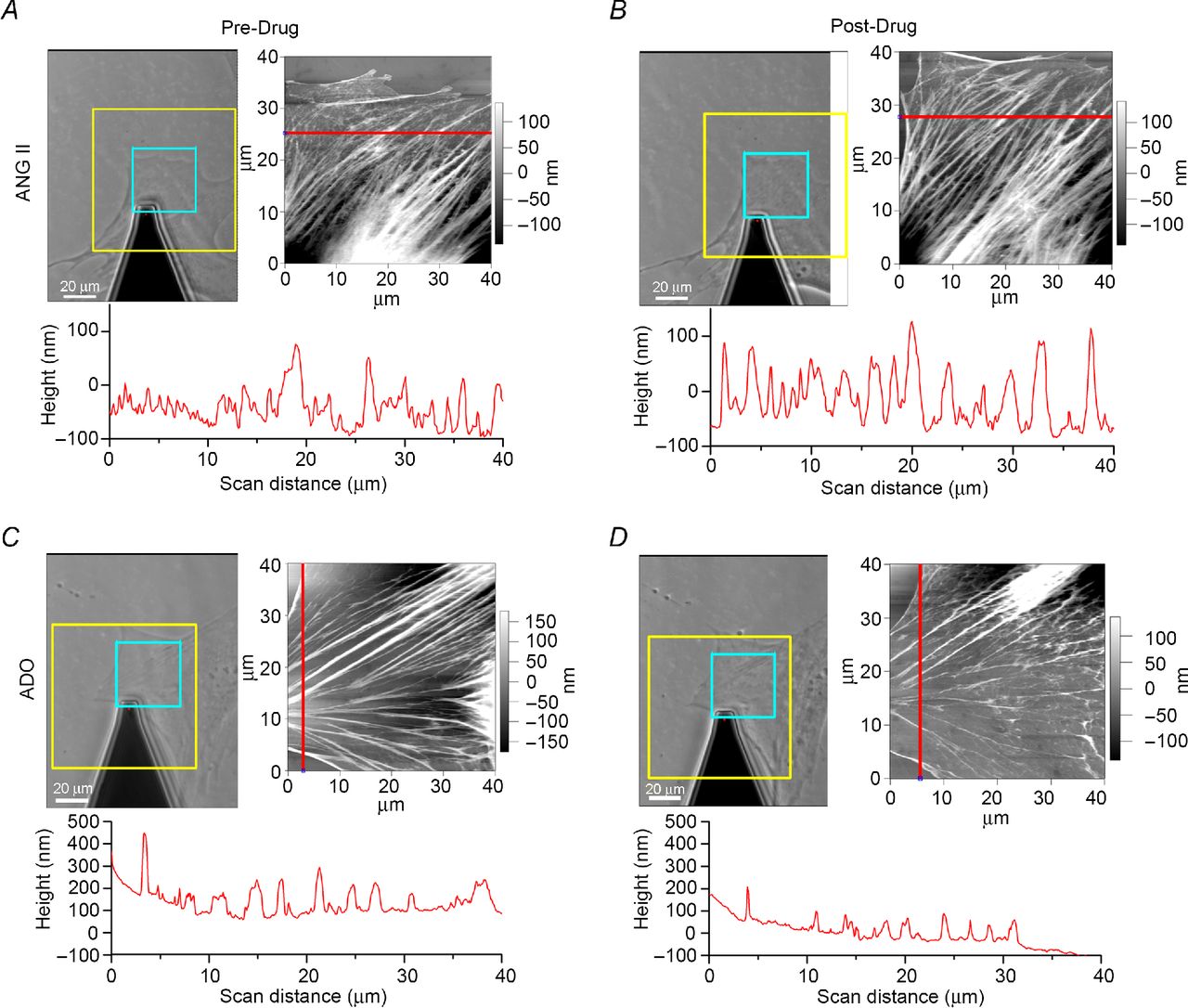 In this study, we examined the ability of vasoactive agonists to induce dynamic changes in vascular smooth muscle cell (VSMC) elasticity and adhesion, and tested the hypothesis that these events are coordinated with rapid remodelling of the cortical cytoskeleton. Real-time measurement of cell elasticity was performed with atomic force microscopy (AFM) and adhesion was assessed with AFM probes coated with fibronectin (FN). Temporal data were analysed using an Eigen-decomposition method. Elasticity in VSMCs displayed temporal oscillations with three components at approximately 0.001, 0.004 and 0.07 Hz, respectively. Similarly, adhesion displayed a similar oscillatory pattern. Angiotensin II (ANG II, 10(-6) M) increased (+100%) the amplitude of the oscillations, whereas the vasodilator adenosine (ADO, 10(-4) M) reduced oscillation amplitude (-30%). To test whether the oscillatory changes were related to the architectural alterations in cortical cytoskeleton, the topography of the submembranous actin cytoskeleton (100-300 nm depth) was acquired with AFM. These data were analysed to compare cortical actin fibre distribution and orientation before and after treatment with vasoactive agonists. The results showed that ANG II increased the density of stress fibres by 23%, while ADO decreased the density of the stress fibres by 45%. AFM data were supported by Western blot and confocal microscopy. Collectively, these observations indicate that VSMC cytoskeletal structure and adhesion to the extracellular matrix are dynamically altered in response to agonist stimulation. Thus, vasoactive agonists probably invoke unique mechanisms that dynamically alter the behaviour and structure of both the VSMC cytoskeleton and focal adhesions to efficiently support the normal contractile behaviour of VSMCs.