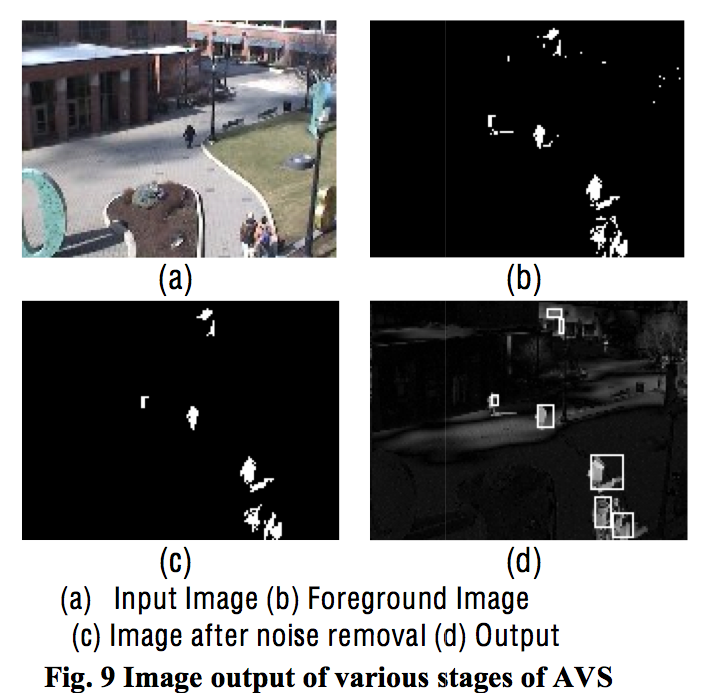 At present high-end workstations and clusters are the commonly used hardware for the problem of real-time video surveillance. Through this paper we propose a real time framework for a 640×480 frame size at 30 frames per second (fps) on a low costing graphics processing unit ( GPU ) ( GeForce 8400 GS ) which comes with many low-end laptops and personal desk- -tops. The processing of surveillance video is computationally intensive and involves algorithms like Gaussian Mixture Model (GMM), Morphological Image operations and Connected Component Labeling (CCL). The challenges faced in parallelizing Automated Video Surveillance (AVS) were: (i) Previous work had shown difficulty in parallelizing CCL on CUDA due to the dependencies between sub- blocks while merging (ii) The overhead due to a large number of memory transfers, reduces the speedup obtained by parallelization. We present an innovative parallel implementation of the CCL algorithm, overcoming the problem of merging. The algorithms scale well for small as well as large image sizes. We have optimized the implementations for the above mentioned algorithms and achieved speedups of 10X, 260X and 11X for GMM, Morphological image operations and CCL respectively, as compared to the serial implementation, on the GeForce GTX 280.